Weather in Bibione, a pleasant climate all year round

Home > Blog > Weather in Bibione, a pleasant climate all year round

Are you planning a holiday in Bibione and wondering what kind of temperatures are there? Continue reading the article to find out more about its coastal weather conditions!

Whether you are traveling with your family, as a couple or with friends, the Venetian coast is the ideal choice to spend your summer holidays. Or, maybe, to treat yourself to a few days of total relaxation. And if you’re wondering what the weather is like in Bibione, please know that the climate is sub-continental, which means never having to ask yourself the question of when to take the car, the train or the plane to reach the splendid locality of the Venetian coast. A coast whose main locality is precisely this hamlet of San Michele al Tagliamento.

The sea of Bibione – and the places nearby – is not only splendid to be admired in autumn and winter, or pleasant to enjoy in spring and summer. It also plays a fundamental role for the daily life of tourists and locals. Moreover, we know it well: there can be no relaxation without a pleasant climate, and the weather in this area is particularly mitigated. What does it mean? Surely you cannot reach the Venetian coast in the middle of winter and expect a bright sun in the sky, with temperatures constantly above 13 degrees. However, the presence of the Adriatic Sea guarantees a certain variety of temperatures. Thus, you can enjoy the beauty of the place even outside the two mainly tourist seasons, without having to endure a necessarily harsh climate.

Why to choose Bibione? Because it is among the main towns of the Venetian coast. An area full of attractions, which every year welcomes millions of visitors on its own beach on the Adriatic Sea. In fact, sometimes you make the mistake of searching for the hottest holiday areas of all, thinking that a great heat brings with it a certain comfort. In reality, it is quite the opposite: for holidays dedicated to relaxation and enjoyment, the ideal is to identify a place like Bibione, in which in summer there are peaks of 32° with an average of about 28°. What does it mean? That you can stay on the beach as much as you want, enjoying the splendid sea and the offered services, without gasping. While in the colder seasons, during which the city remains particularly alive, the thermometer never drops below the zero threshold (except in extremely rare cases).

The Bibione summer is long, with particularly pleasant temperatures to be enjoyed from June until September. Later it will be possible to enjoy the typical coolness of the seaside resorts, to then experience the first colds in November. During this time the maximum daily temperature is around 12°. The coldest month turns out to be January, as is usual, even if the temperatures rarely fall below zero.

The water temperature in Bibione

But why do millions of tourists choose to spend their holidays here, year after year? Because, apart from the weather in Bibione, the city boasts a wide program of events and initiatives, especially in the warm months of the year, when the numerous services on the beach, shows and sports events make the experience truly unique. You’ll find yourself pampered between the beach and the Adriatic Sea, with waters whose temperatures are particularly hot in the central months of the year. In summer, it is possible to fully enjoy the splendid sea of Bibione, with an average temperature exceeding 22°. While in August, the most popular month for holidays, the average water temperature is 25°.

In the coldest months, generally from December to April, bathing is obviously not recommended, even if the water temperature is never freezing and the mitigated climate in no case reaches particular downward peaks. For this reason, many tourists decide to drive to Bibione to enjoy pleasant weekends throughout the year, also enjoying the serenity of these places in autumn and winter. In these months, it is indeed possible to experience all the scenic beauty of the coast and inland, without having to share it with mass tourism.

If you want to ensure peaceful days, with a generally pleasant climate, the period of the high tourist season goes from May to September, with an average climate ranging from 18° to 27°. A rather prolonged high season, with the climate peak towards the top, which is recorded in the first phase of August. In fact, the entire month tends to guarantee an average around 25°, only to drop slightly in September, when the average settles between 20 and 22 degrees.

The wind and the duration of the day

In case you are worried about the wind, it is good to know how Bibione registers moderate changes during the various seasons: generally, the windiest period goes from the end of September to the beginning of April. However, the length of the day varies considerably. Looking at 2019, for example, the shortest day ever will be December 22nd, with just 8 hours and 41 minutes. On June 21st, the longest will be recorded, ideal for a trip on the coast, with 15 hours and 42 minutes of light. 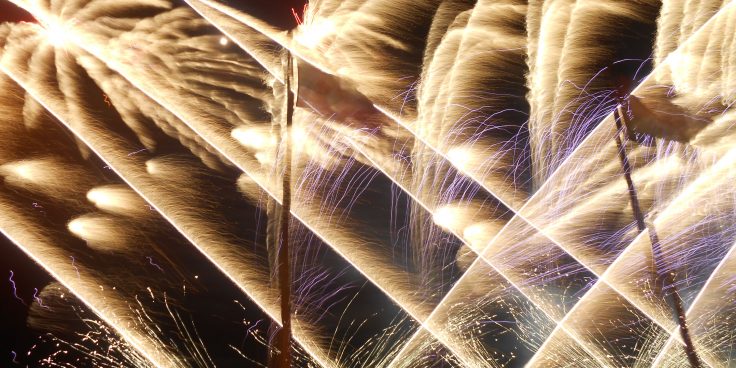 Bibione, fireworks throughout the summer

Not only sea: what to do around Bibione